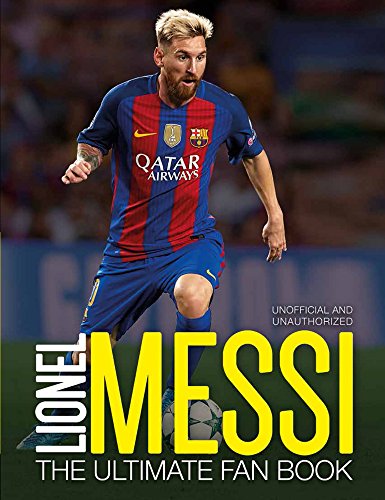 Thanks to his sublime skill, mesmerizing vision and incredible goal-scoring record, Lionel Messi is widely regarded as the world's greatest footballer and, for a player who won't celebrate his 30th birthday until June 2017, he there is a strong argument he is the greatest footballer of all time. Lionel Messi: The Ultimate Fan Book is a stunning illustrated celebration of this footballing magician and contains everything a fan could want to know about the Barcelona and Argentina superstar. Illustrated throughout, the book charts his incredible career, exploring his early years in Argentina through to him becoming a four-time Champions League winner, five-time FIFA World Player of the Year and a winner of eight Spanish La Liga championships. Fully revised and updated to include the Copa America Centenario in June 2016, written in a lively, buzzing style and filled with fun features, fantastic photographs and enlightening quotes, Lionel Messi: The Ultimate Fan Book celebrates La Pulga Atomica's (The Atomic Flea's) greatest moments and most famous goals, and gives readers a special insight into how he has become the world's greatest footballer.


Mike Perez joined the Press Association in 2000 and spent six years working on the International Sport desk, covering a range of sports from all over the world. In 2006 he became PA's Spanish sport correspondent. He continues to travel the world reporting on the biggest events in sport.